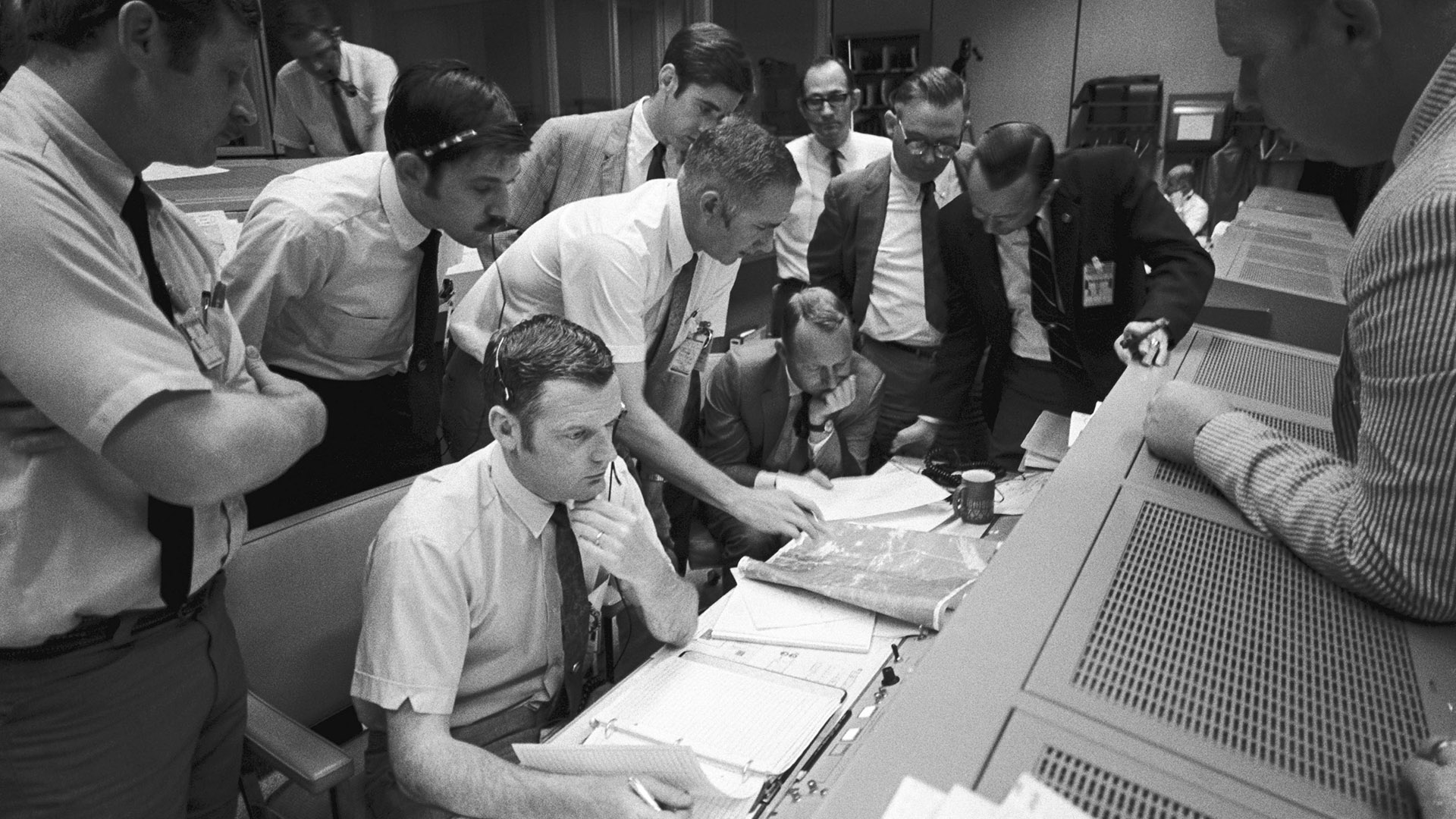 Posted at 07:55h in Business Improvements by Christian Boucousis 0 Comments
1 Like

Checklists are not for Dummies: Combating task saturation – on a page

Of all the things you’ll read about on my page, two things stand out as commonplace in the Air Force, and rare as hen’s teeth in our personal and business lives: the debrief and the checklist. Using checklists will help you run your business more effectively. Of the two, the checklist is like the poor cousin at the ball. Everyone we talk to gets excited about nameless, rankless debrief, with all the impact on learning and culture it can carry. Very, very few people get excited about a checklist to improve productivity and performance!!!

So let me explain why we get excited about a checklist! Using a checklist means we’re getting ready to fly. Far from being a poor cousin, our checklists are our wise elders. Working through a pre-flight checklist calms our nerves and puts us on the same frequency as our crew, our team, and our commander. Picking up an emergency checklist gives us time to think and respond. We know from our checklist that all the basics are in order so that our minds can drill down to the complexities of our mission and the creativity we’ll need to solve its problems.

If I could write another book, it would be ‘Checklists are not for Dummies’. Three examples come to mind. One of my mates flew without his book of checklists just twice in his 30-year military career. Both times, nothing went wrong, there were no emergencies, no accidents. There was no cause for him to look up a checklist, and if he did he probably knew it by heart anyway. But our pilot could not do what he set out to do. Totally missed the mission’s objective. Why? Not having his checklists totally derailed his performance. He felt task saturated the whole flight—just a perception that all was not in order.

He’s no dummy, and nor are the surgeons at the hospitals who were introduced to checklists for a 2008 study by Harvard public health professor Atul Gawande and his team. The researchers had a hypothesis that simple checklists might help reduce avoidable deaths and complications. But nobody expected by how much. After excluding other factors, they found that deaths occurred in 0.8 percent of operations that used checklists, against 1.5 percent of operations that didn’t—a 47 percent reduction. Literally, hundreds of lives were being saved. They also found that serious complications fell from 11 percent to 7 percent of operations—a 37 percent improvement. Needless to say, checklists are now mandatory for surgery in those and many other hospitals. Professor Gawande was so astounded he wrote a book, not on public health but called The Checklist Manifesto. 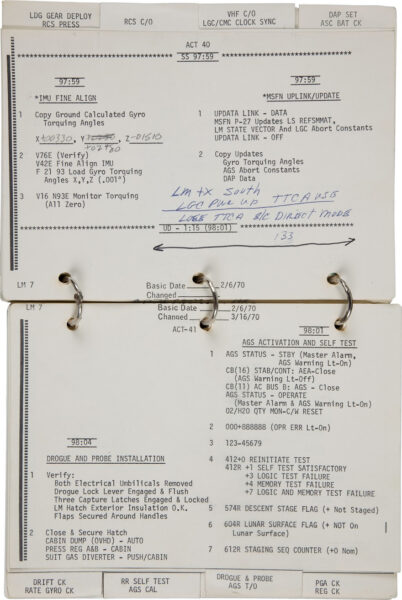 Finally, let’s go back to the movies. Apollo 13 captured the moment when aviator Jim Lovell found himself in command of a spacecraft 200,000 miles (321,800 kilometers) from Earth, with barely enough battery power to light a torch. NASA was looking at its greatest disaster, and the end of its space program less than a year after the 1969 moon landing. Flight director Gene Kranz, he of ‘Failure is not an option’ fame, helped keep Lovell and his crew calm, while trying to solve the problem. Ken Mattingly, the astronaut originally slated to fly the mission, was put into a simulator to work out how to fire up Apollo 13 on a AAA battery. He worked for hours in a race against time, trying sequence after sequence, failing again and again. With everything in the simulated spacecraft turned off and next to no time left, he finally got there. The sequence was transcribed into a simple, step-by-step checklist, and sent to Lovell. It saved Lovell and his crew, the mission, and the NASA space program.

The Apollo 13 landing proved once again that a checklist beats task saturation under stress. Simplicity beats complexity. Checklists get you home. They have been standard for flying planes since 1935 when a prototype Boeing B-17 Flying Fortress crashed at Ohio’s Wright Field Due to a stunningly simple pilot error. After take-off, the plane’s nose just kept angling up—it didn’t level off at all—and eventually, the plane was almost vertical, stalled, and dropped back to earth. The air force’s best test-pilots had just forgotten to unlock the plane’s elevator controls—one switch in a hundred steps.

The military realized that even their best people would make mistakes when confronted with the forest of procedures and instruments needed to fly a modern warplane. Checklists have been mandatory ever since. With them, young and inexperienced people can operate rare, expensive machinery in complex situations. Without them, mistakes are certain.

From fighter pilots to surgeons and everything in between, it is clear to see that using checklists is what will help you run a more effective business and combatting task saturation! 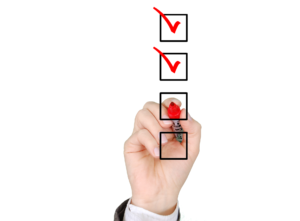 There are three types of checklists you will call upon through your mission— normal, emergency, and reference. Each is just one page but is different in format and use.

These checklists are standard operating procedures: meaning they don’t have to be mentioned in the brief, it’s assumed that the team will use them. Would that assumption be true of your team? How much work would you have to do to make checklists the norm? Factor in quite a bit: to get buy-in and follow-through— all the things that a change in culture and behavior might need.

There are two critical rules for a checklist: keep it simple, and use it. The best way to ensure a checklist is simple and used is for the people who use it to be the ones who write it. Say you’ve got a team who has done more than their share of product launches and launch events, but there’s been a few simple errors of late and you want them to consider a checklist.

Perhaps you’ve got teams of experienced, frontline operators working on shale oil fracking, offshore wells, coal mine draglines, geoseismic testing. If you rock up one day to any of these teams with a nice sheet of laminated paper and say, ‘Hey Guys, could you follow this checklist from now on’, would they take any notice? It would be much better if you explained that checklists were proven to save lives, time, and money and that it was up to them to create the checklists that worked for them. That’s how the best checklists are created, and why they are used. Get specialist help by all means, but don’t just deliver the end result.

Failures in offshore drilling have received a lot of warranted publicity in the last decade. Failures on land are more common, if less damaging. In the same period, one international energy company tested the blowout preventers on its active drill pipes every two weeks. Until one day one of the company’s best drill operators accidentally sheared the pipe during the test. On investigation, the company found the operator had survived 38 close calls in fewer than a hundred previous tests. The tests were routine and so dangerous. The operators just didn’t focus. After implementing checklists, their focus has returned, and there have been no incidents or close calls since.

Need an inspirational keynote speaker to help you with understanding checklists? www.afterburner.com.au/contact